The 10th National Gallop was held with full house at Heroes’ square both days. The horse racing which was based on the Hungarian traditions activated hundreds of settlements this year too. Based on the results of 16 Hungarian and 4 cross-border’s first qualifying competitions, it came up who could represent their settlements in the largest modern Carpathian Basin rider’s ceremony. 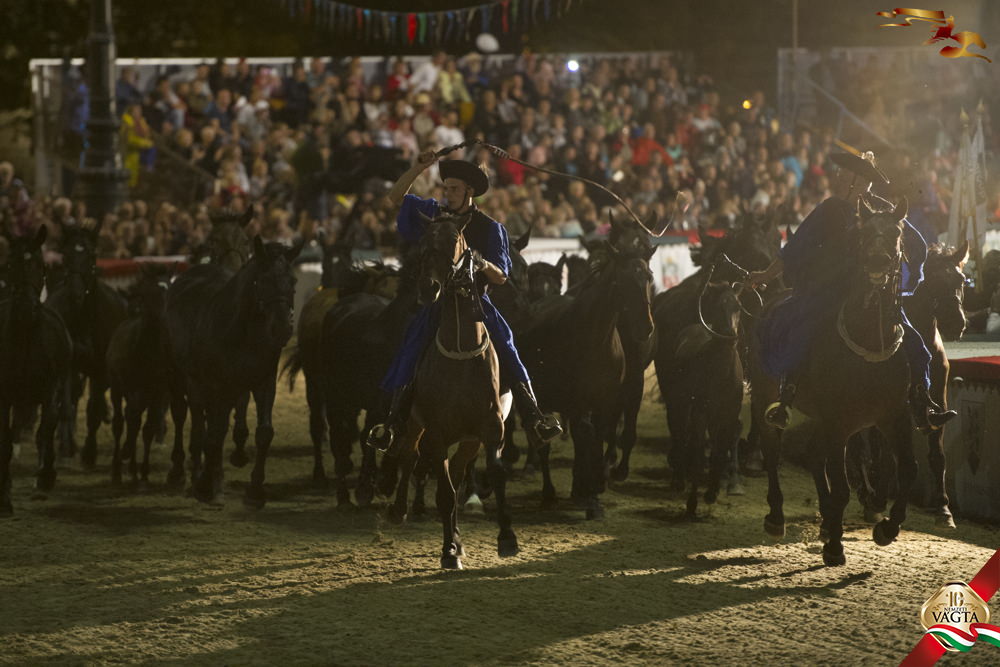 The National Gallop is not a traditional horse racing, since the horses and their riders are struggle not for own, but for the glory of their settlements’ at an exclusive location, on the track which was built around the Millenium Monument. The special track and the stands placed around were built up with a precision of Formula 1 only in 12 hours and recalled the atmosphere of the Roman era at the country’s most cultic square. 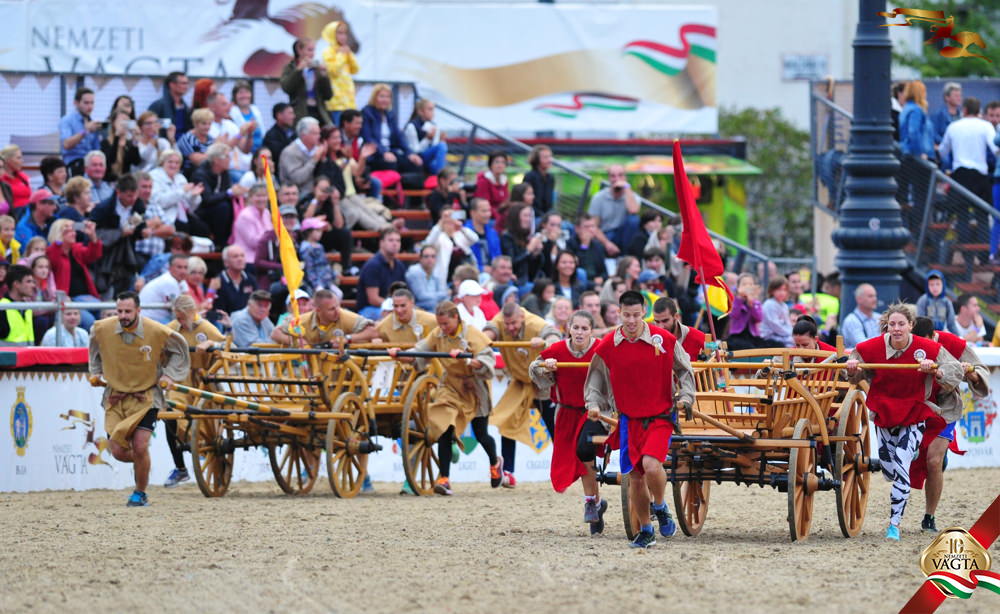 The accompanying programs of the National Gallop – like the Adrenaline Carriage competition or the Charity Star Race – won also prestigious place among the Hungarian horse rides in the last couple of years. In the previous race, Kocs's team won, the second place was Tata’s group in the masculine struggle. The strength of the Six Wet team – consist of kayaks and the soloists of the Operetta Theatre - was only enough for the third place. The OTP Bank’s Charity Star Race was won by Imre Sipos, making a record in National Gallop, since no one had ever doubled in two consecutive year. This year the actor-director offered the 500,000 HUF price again for the Hungarian Horse Therapy Association. The two newcomer actors, Bálint Adorjáni and Péter Bács, although could not overcame Imre, but they made a bloodthirsty battle for the second place from which finally Balint came out victoriously. The only lady, Patrícia Puzsa got the fourth place, but Barabás Kiss Zoltán despite of his hopes could not win this year, he got only the last place with his horse. With this action he was able to support a foundation with HUF 200,000 as every beginner does. 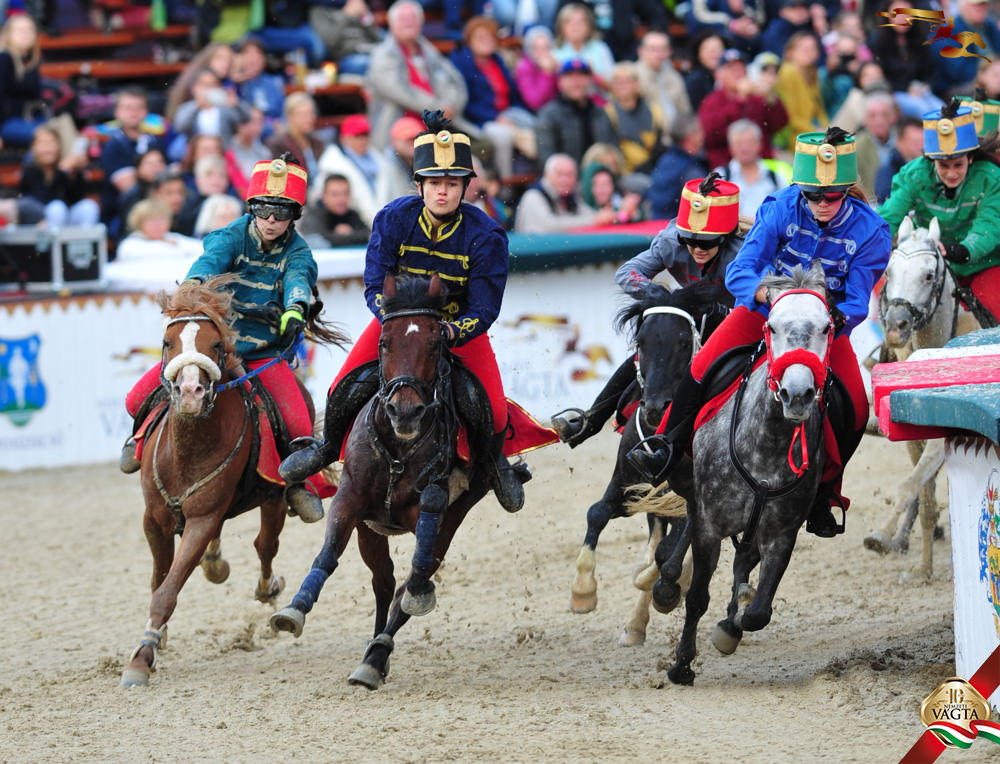 The National Gallop considers a very important mission that beside the adult horsemen the prospective champions also can compare their knowledge, so they organize the small Huszar’s Gallop years by years, where children have the same rules like the adults’. The final was won by Victoria Viszus in the colors of Fülöpháza, who won in the saddle of a pony named Fanni. Behind him Tamara Vörös who representied Csetény and Orosháza’s rider, Mercédesz Morocz finished. 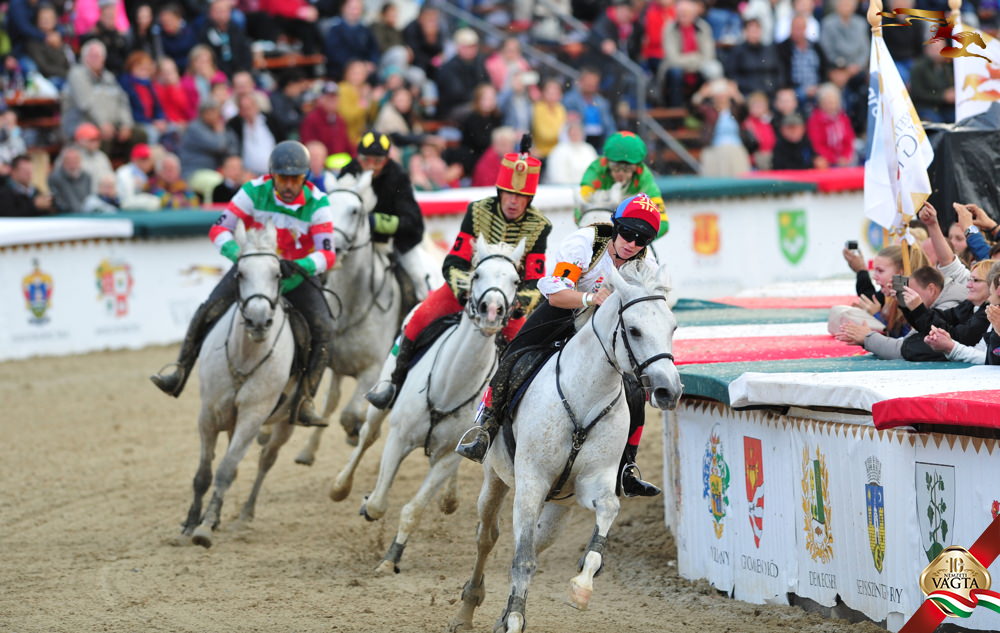 For a few years now, the National Gallop is not just a Hungarian horse ceremony, but also a competition acknowledged even by the farther continents. This year they organized the OMÉK 2017 International Championship for the fifth time, when riders of 12 countries come to scratch with the famous Shagya-Arab horses of the Bábolna National Stud Farm for fighting each other dressed in their own national style. China, Serbia, Suriname, Uzbekistan, Czech Republic and Hungary got into the finals with their riders. A chinise rider overtaken the Serbian and Suriname rivals, winning the laurel wreath which was the prize of the winner.  The Kincsem+ Carrigegallop was won by the youth László Juhász, the representative of Bugaci Stud. 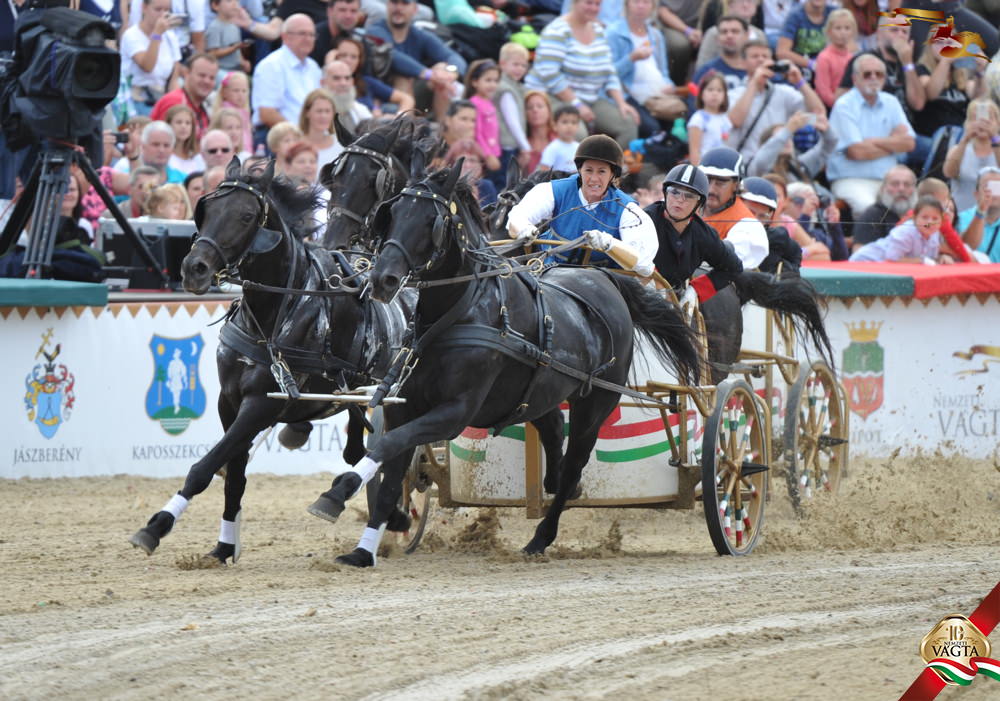 In the traditional races of the National Gallop the semi-finals had alredy brought close races and serious excitements. The final has developed as follows: 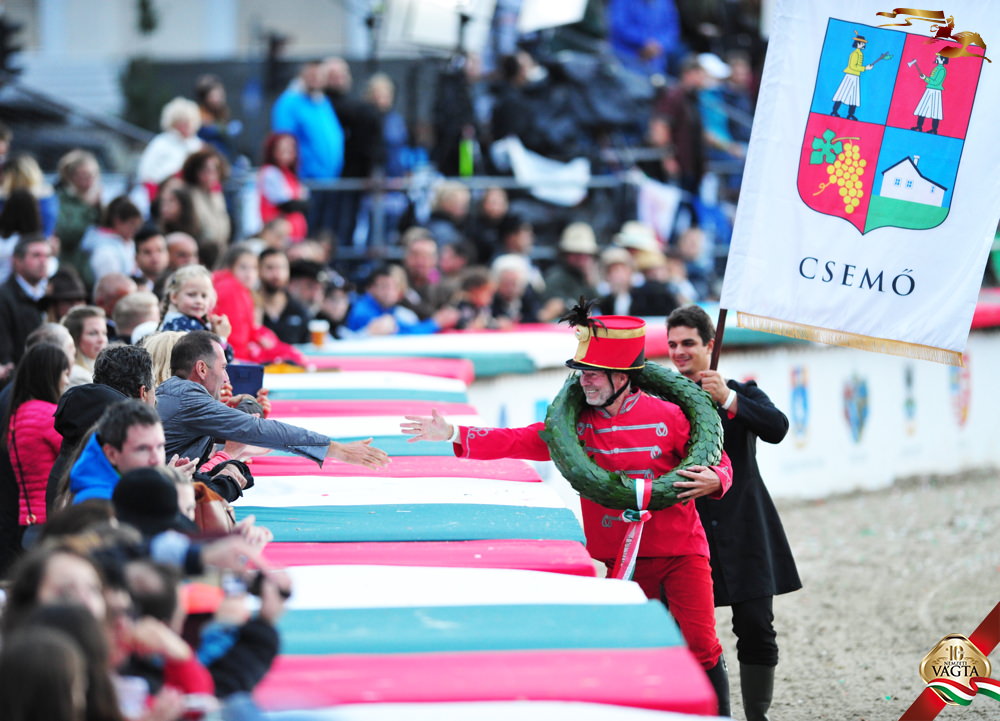 In the final round of the National Gallop the fight was tough . Finally the last year’s champion, Ferenc Kun who represented Füzér could not defend his title and Tamás Petrik, the rider of Csemő overtaken him.