Celebrate this wonderful anniversary in the spirit of music, dance and fun! Excellent wines, delicious food and great company – Hungarians have fun this way!

Therefore, it was never in doubt that the National Gallop would commemorate and celebrate the Hussar’s, with a real birthday „verbunkos”.   From the Műcsarnok to the 56s’ square, the country kitchen will attract guests with delicious smells, whilst music will await visitors for dancing all day long. On Saturday night everybody is welcome to the country’s largest open-air dancing house, for a hilarious party, regardless of their age or ability.

How the hussars have fun?

Horsemen, especially the Hungarian hussar, enjoyed much more freedom and autonomy than others which proved particularly attractive; so much so, the recruitment of hussars was almost always more than enough for the staff complement.

The most typical instrument of that was the verbunkos, which was formed at the late 18th century. The „Werbung” originally the name of military stations, were established at the headquarters of the military corps, in the bigger cities; the strange name comes from here.

The birth of this was aligned to a growing demand for national culture, together in parallel with the enlightenment. The national consciousness was manifested by its spread, which the authorities tolerated, as it greatly contributed to the satisfaction of its military needs.

The point was to operate the war supplements, and if that was the price to be paid, they rather tolerated the national consciousness and the demand for culture. Both music and dance predominantly had their roots in folk motifs, and this gave the verbunkos far-reaching popularity in the first half of the 19th century. 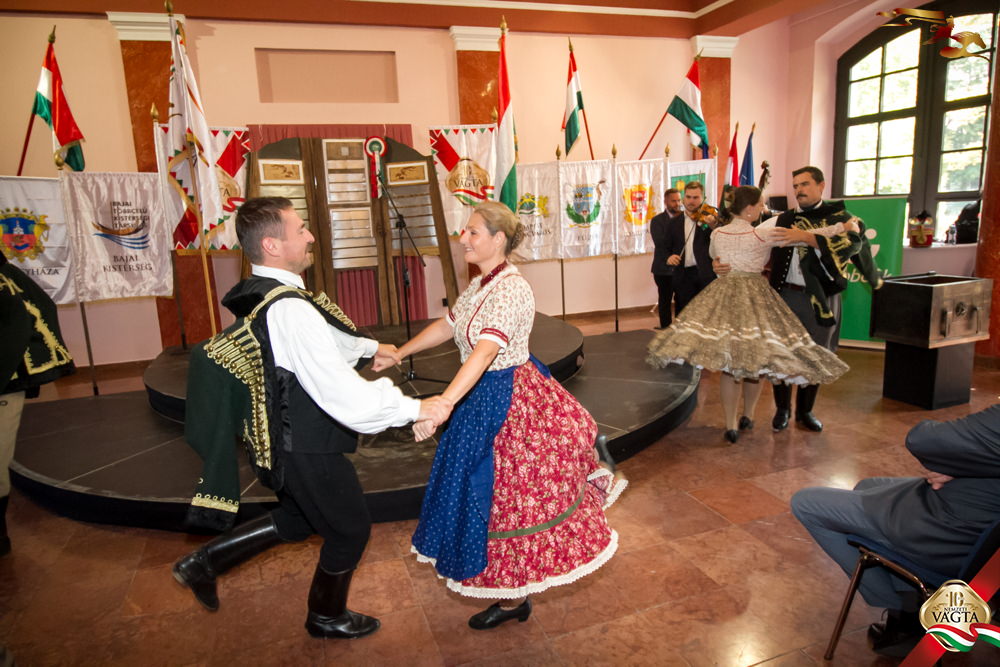 Verbunkos, the soul of hussar’s recruitment

The most important venues for free recruitment were the fairs that took place with the largest number of people in the area. Werbung’s stock had marched out there from time to time, led by a impressive hussar officer. The central figure of the recruiting was the pre-dancer hussar, who presented the verbunkos while he was tinkling, teasing the lads to see if they were able to imitate his dancing. Along with the dancer, an experienced non-commissioned officer, sometimes engaged in dance, chatted to the ladies with the beauty of military life, and when he felt a little bit of interest, he immediately found a cup of wine and then tried to get the handshake, called „parola”. If that happened, they pushed a shako into the lad's head, than dancing hussars intercepted and led him to the desk of the newcomer register leader called „fourier”. The young lad who was dazed by the dance and drink, and enthusiastic about the great prospect of life, rarely refused to write his name in the „big book” The band was also necessary in recruiting, which was played by the gypsy musicians and which was based on the violin. 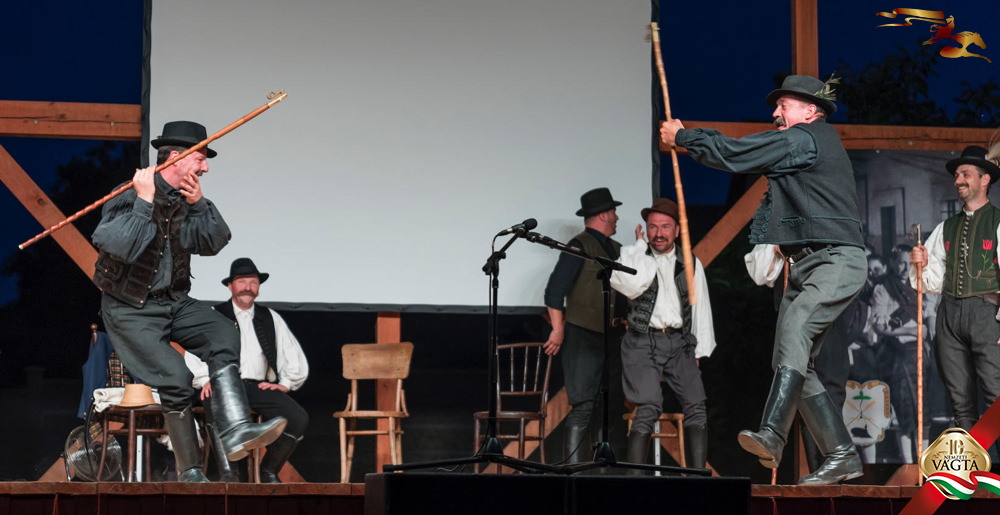 Based on all these, in 2017, the National Gallop is unusually presenting its historical personality.

Its heroes are the great figures of the verbunkos; János Bihari and János Lavotta, who are remembered by the performance of „Háry János”. Both legendary musicians were born in 1764, the Bihari musician from a Gypsy family, and Lavotta from a bourgeois noble family.

Bihari spread the verbunkos as a virtuoso master of the violin, but he also composed without knowledge of the musical score. With his music, he gained incredible popularity and became the real "star" of the first two decades of the 19th century with the five-member Gypsy band, which he made in classic style. Even the usually calm Count István Széchenyi became a ‘slave’ to his music. Lavotta was a trained musician and also a master violinist who consciously composed based on folk music.

As with the hussar generations gone before, the verbunkos continued to impress across Europe and the most prominent composers wished to write their music especially for it.