Standing on the back of forty horses, the best devil riders will gallop

Standing on the back of more than fourty dribbling horses, the best of the Győr Ördöglovas School will gallop at the same time at Heroes’ Square on the 16th September at the fiery show in the evening. For a world-famous experimental single production, Győr has been preparing for a dizzying performance for a year to present it on the tenth National Gallop. The youngests of the amateur team are only 9 years old.

The students of Győr Ördöglovas School will attempt an overwhelmingly tricky performance for the jubilee National Gallop, led by Szilárd Tóth. At the very end of the production, a world-first experiment will take place at the Heroes' Square, when all fifty riders, aged from 9 years old to 52, will gallop whilst standing on their horses at the same time.

The attraction is unique in the world, as the audience could not even see so many trick riders at the same time in a show before, a similar performance was presented only by 29 horses. Furthermore the show is extraordinary as the half of the team is under the age of 18, and such complicated acrobatic stunts are only shown by people over the age of 18. 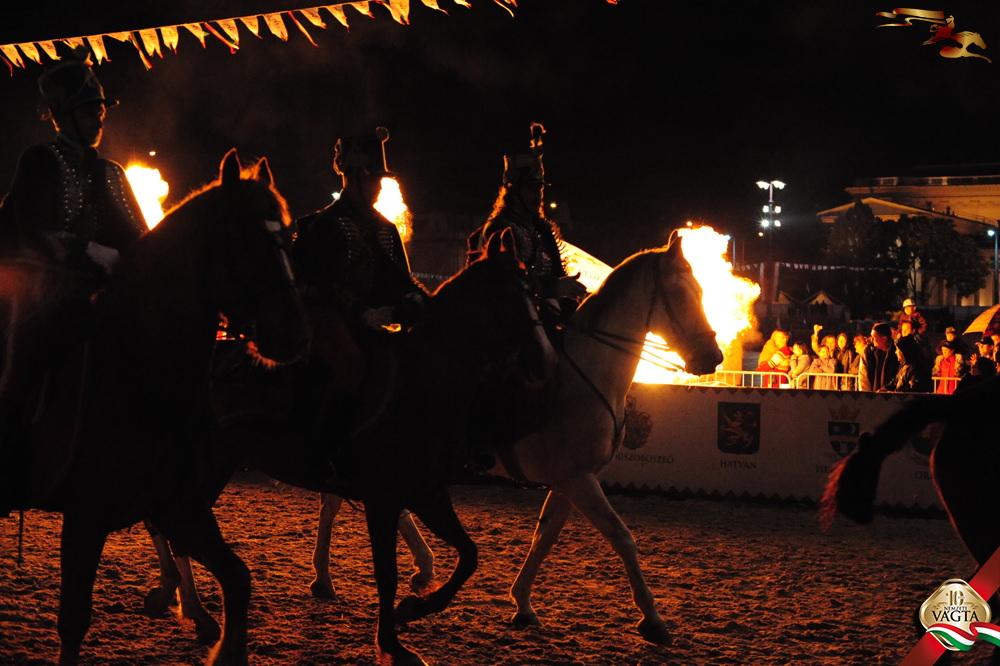 The tricky horse riding show can be seen by the audience on Saturday, the night of the National Gallop’s birthday.  As a 10th birthday gift, the organizers have made the evening free to attend, so the Gala can be followed from the grandstands, and from the Heroes' Square.

On the fiery gallop we will be able to see 100 horseman hussar’s torch show; queen riders and fiery battle scenes. After the production, the neighbourhood will be surrounded by folk music and we can join the country's largest open-air dancing house.

We will be able to follow the evening’s events on Duna Television as well as online, and for those who are not able to watch on television or on-line, they will be able to listen via Gallop Radio.